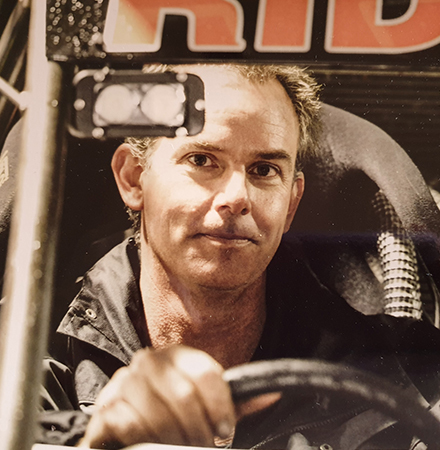 James is a father of four, a business owner/manager and is passionate about all aspects of offroad
racing. From competing in his own vehicle to assisting the Waikerie club to prepare and run
successful events, he says there is nothing better than enjoying the camaraderie that comes at the
end of a day’s Offroad racing.

His involvement in the sport commenced almost 20 years ago as a navigator and he has been an
active member of the Waikerie Offroaders since that time and for over 10 years has filled the role of
club President.

James has been involved in the development of AORRA since the very beginning of the concept and
held a position on the caretaker board and is now the board member for South Australian.
James says the Offroad discipline has great potential and he is keen to be involved with the board as
it develops the sport. He believes in a process that gives all stakeholders involved a structure that
facilitates inclusiveness, sportsmanship and respect along with avenues to share and debate ideas
that can provide Offroad with the opportunity to develop and grow.