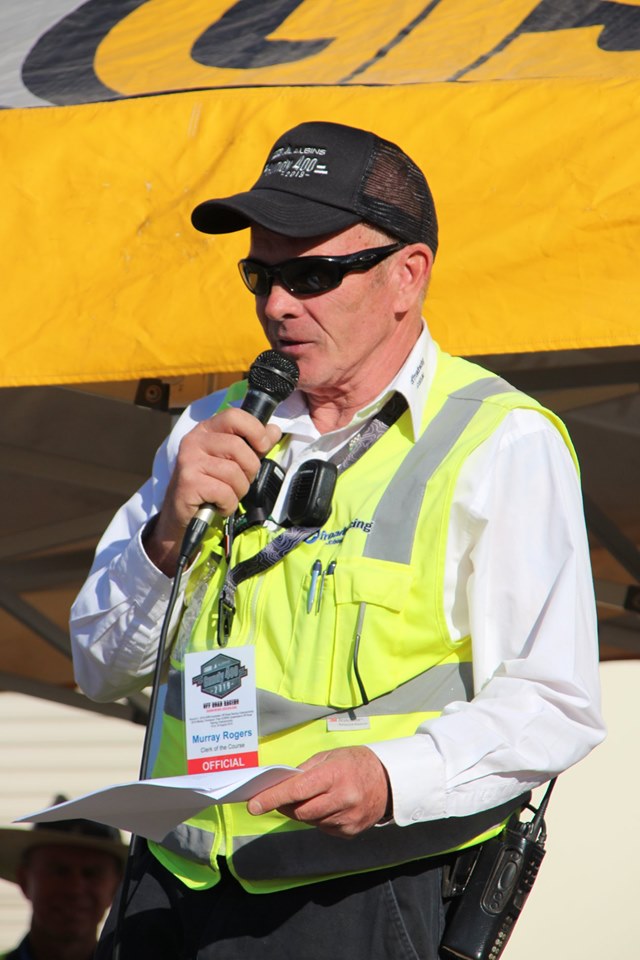 Off road racing has been an integral part of Murray’s life since his teenage years when he built his first off road buggy.  Working a full time day job, part time bar work along with building parts for race car was how Murray supported his family and his racing ambitions.

Through the course of his 20 plus years competing at all levels of the sport, Murray was known as a fierce competitor who arrived at events with an always immaculately presented race car.

With a change in life circumstance coupled with forging a new career in IT, Murray retired from competition and sold his fifth buggy, his pride and joy Rivmaster, to Craig Martin, who went on to win multiple Australian Titles in it.

Although retired from competition, Murray remained heavily involved and invested in off road racing through volunteering and officiating.  Murray’s ethos is that for every year you compete, you should endeavour to give the same back to the sport.  Needless to say, he has quite a few years left to fulfil that mantra.

Murray’s expertise in IT crossed over into off road racing when he first saw the need for computerised timing; developing his own software solution, aptly named RaceTime.  This system has been developed and advanced over the years and now incorporates electronic transponder timing; the first system fully customised to off road racing.

With the advent of the internet in the 90’s Murray and Julie launched offroadracing.com.au in July of 2000 and is a treasure trove of current and historical information.

Murray is all about supporting and promoting the sport of off road racing in whatever ways possible to ensure its longevity into the future, from mentoring young and upcoming officials to now a member of the AORRA Board to help shape the future face of off road racing for the next generation of racers