Supporting the sport they love

Supporting the sport they love 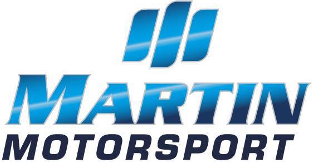 AORRA would like to officially thank Martin Motorsport for their continued support of Off Road Racing. The founder, Craig Martin, was just 19 when he won his first off-road national championship round, the Goondiwindi 400 in 1978.

He has been at the forefront of the sport ever since and is an inductee to the Motorsports Hall of Fame.

Martin Motorsport has assisted in the implementation of Rally Safe by the way of sponsorship so to reduce the cost to fellow competitors. They have also this year put up sponsorship for a new award, Sportsmanship, at each round of the ARB Australian Off Road Racing Championship.

Dale and Brent Martin are now making their mark on the sport, Brent is currently leading the Championship after a great result at the recent ARB TCT The Gap 440 and taking out the inaugural ARB Big Desert 480. Dale is waiting on a new vehicle and will be a force to reckon with in 2023.

Once again, we wish to thank the Martin family for their continued support.