Clohesy closes on a high

Clohesy closes on a high

Hailing from Sea Lake Victoria, Bernie Clohesy first competed at his local Mallee Rally in 1979 alongside navigator Glenn Street, and after more than 40 years behind the wheel he has officially called time on an illustrious off-road career.

Inspired by watching the early BP Mallee Desert Rallies around Lake Tyrrell, Clohesy took ownership of his first car having just turned 18, a 1969 blue Dodge ute. Sea Lake icon and mentor Bill Eames persuaded Clohesy to build a roll cage and partake in a club event, which he did in the late-1970s, kickstarting an incredible off-road journey. 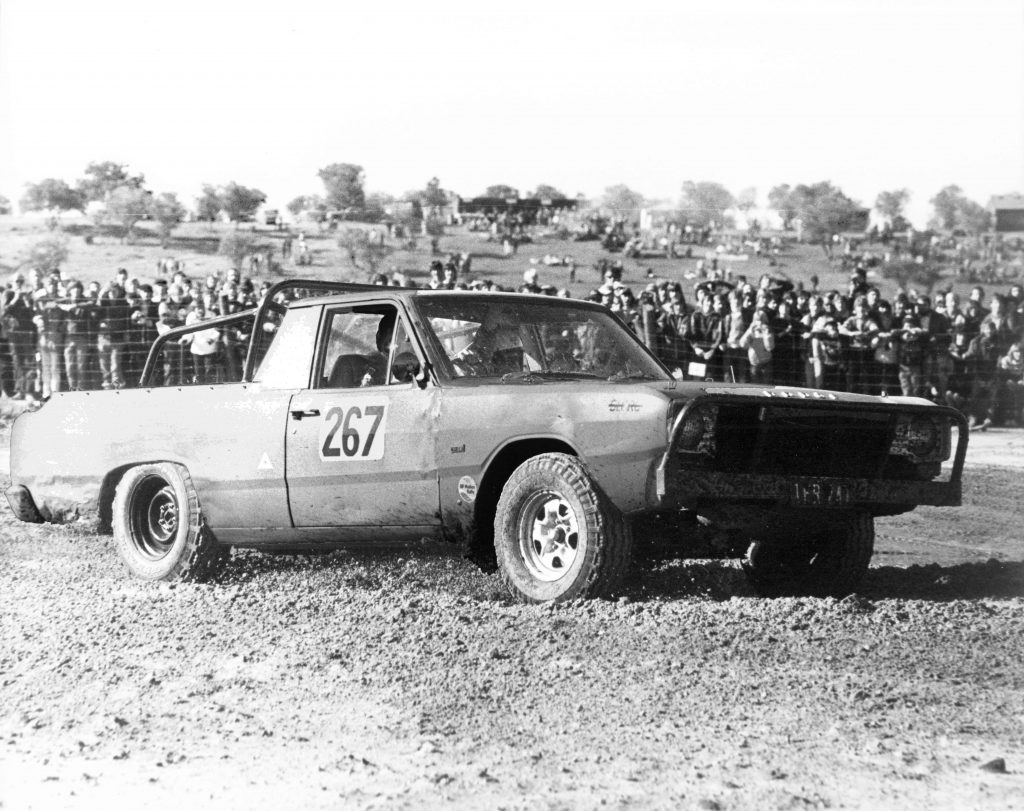 Longtime friend and navigator Kim Stacey joined Clohesy in the cab of the Dodge ute in 1986, the same year they went on to claim a class win at the Pines Enduro. In an era highlighted by their outright victory at Rocklands in 1991, holding off Mark Burrows who pitted with a flat tyre after running over a sheep carcass, Bernie and Kim were motivated to build their second off-roader, a white 1970 VG Valiant ute, and “Hemi Power” quickly became the new catch cry. 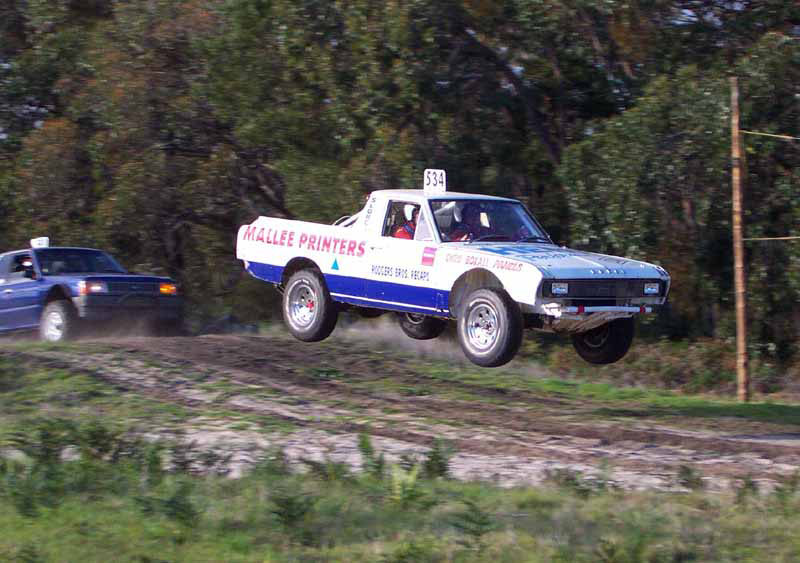 534 at Pines, passing Greg Gartner over the jump- short-lived glory.

Like all off-roaders there is always a funny anecdote, Clohesy recollects racing at Rocklands, and on the north side of the road there was a paddock full of yellow daisies. They came around to finish a lap and ended up doing a 360, followed by another… The crew still to this day say that was the reason the Valiant ran out of fuel 100m from the finish line – a typical Clohesy tale that is remembered fondly.

Clohesy and Stacey entered seventy-six events in the Valiant including some of their favourites at Tapio, Rocklands, Koorlong and Tyrrell Downs – and, of course, over a dozen Mallee Rallies.

In 2008 Clohesy purchased the big orange Triton #570, affectionately known as ‘The Wiggles’ to the team, from Paul Richey in Sydney. The freshly built car, which had won its class at Finke in 2007, would go on to be successfully campaigned over the next ten years by Clohesy and crew. Supported by engine builder Rod Rainford who kept the angry six litre Chev on song, plus the addition of 35” Mickey Thompson Tires which provided the tough, sure grip, they came to rely on – it was quite the package. 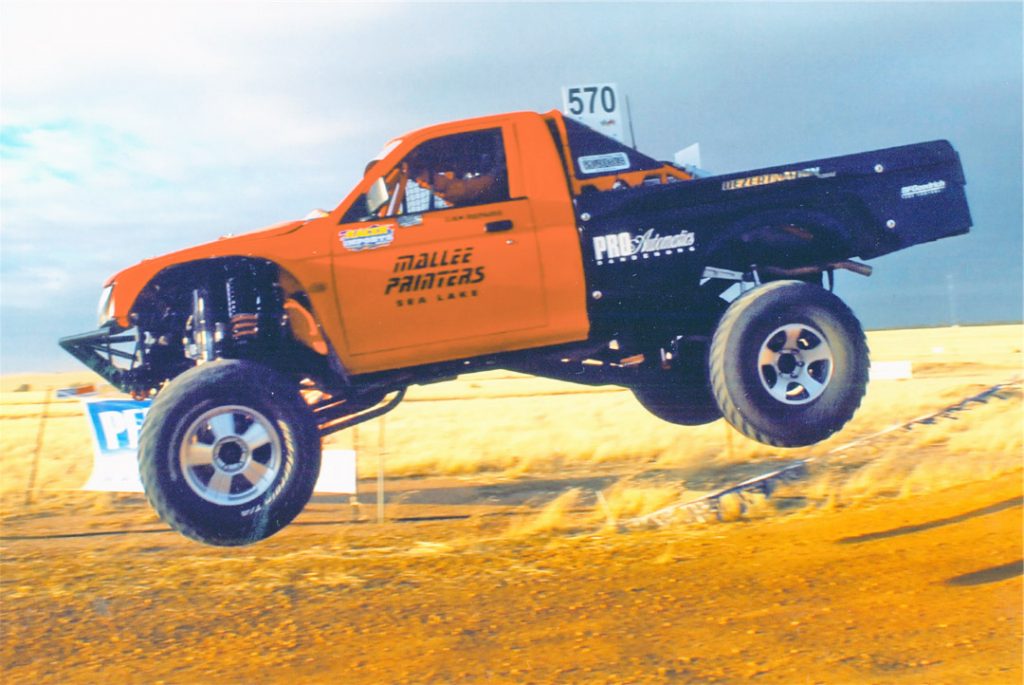 Hyden WA in 2010 with Wendy navigating.

An Australian Class Championship came their way in 2011, but the highlight for Clohesy and Stacey over the past decade was competing in the ARB Australian Off-Road Racing Championship. Clohesy has remarkably never been out of the top three in Class 5 since the inception of the ‘ARB Championship’ in 2013, a run which included Australian titles in 2014, 18 and 19.

One moment that stood out for Clohesy in his later years of competition was standing on top of the podium at Griffith in 2018 alongside brother-in-law Peter Hersey after winning Saturday’s split race. The pair finished the event in 7th outright in Hersey’s first taste of offroad racing. Peter’s ecstatic reaction as they crossed the finish line was worth the price of admission itself.

Goondiwindi was always a favourite for Clohesy, his regular navigator over the final years Stuart Amos had cricket finals and couldn’t make the trip on a couple of occasions, so it was a great opportunity for long-time pit crew member Errol Stacey to jump in. Winning their class on both occasions was the ultimate reward.

Clohesy has always remained a proud competitor with five club championships and the ultimate clubman for his much-loved Sea Lake Off Road Club which he continues to support today. One of the more likeable characters of the offroad fraternity, Clohesy ended his 40-year plus racing career at the Pines Enduro in 2019 on a high, finishing his final two seasons with the #501 plate proudly on the roof. However, with the lockdowns and a few different plans, the time had come for Clohesy and family to hand over their beloved Triton to new owner Andrew Cameron. 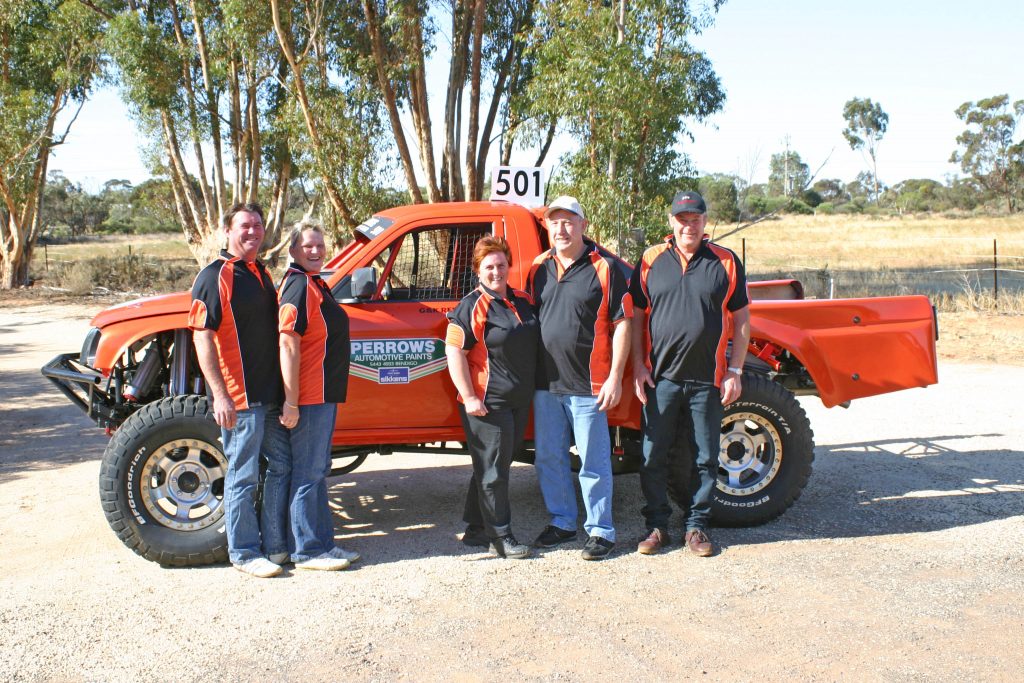 As Clohesy and wife Wendy now plan to spend most of their spare time travelling and fishing along riverbanks with their off-road van, they endeavour to get to as many races as possible to catch up with the off-road family – one they will always be a part of. An instrumental member and advocate for his club and offroad community, Clohesy’s career has been one to admire! 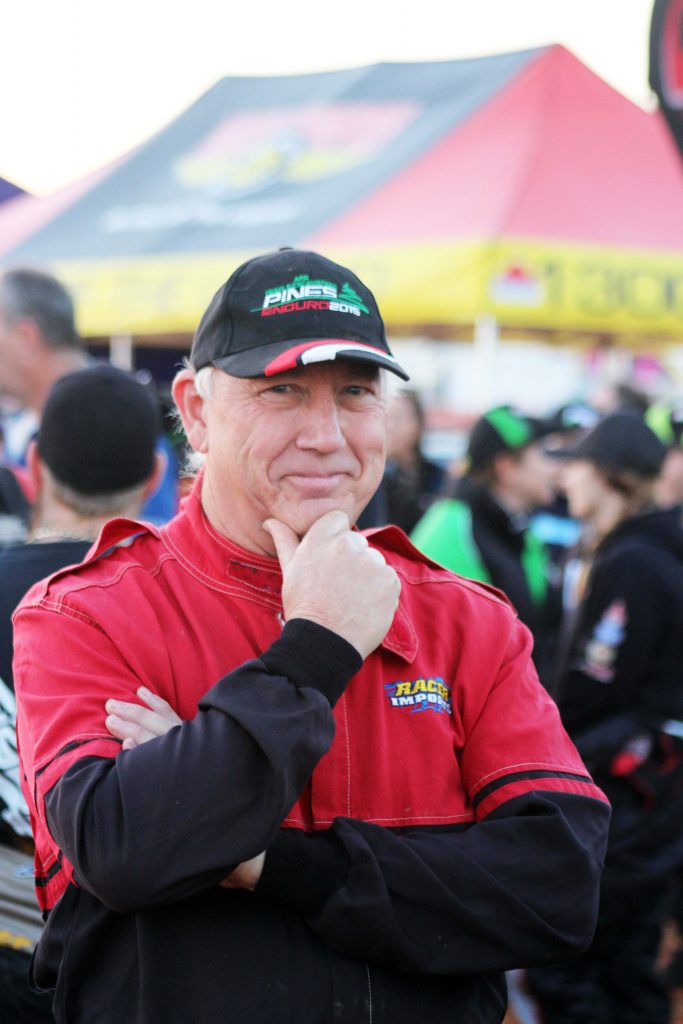